Shelbi is almost three months old. She looks very close to Natali at this age.

Kelli started back at work on Monday. I am taking a month and a half off for FMLA to spend with Shelbi.

Over the last two months Shelbi took her first airline flight. No issues. Then as a family we all took a crazy long 1400 mile adventure to Orlando....we drove. It was interesting driving that far with an electric car...and an infant. It worked.

A few differences I've noticed with Shelbi over Natali.

Shelbi is very moody. She will go from happy to demon child in the blink of an eye.

Shelbi found her voice before Natali.

That's it for now. I wish Kelli would blog but she's just not interested. 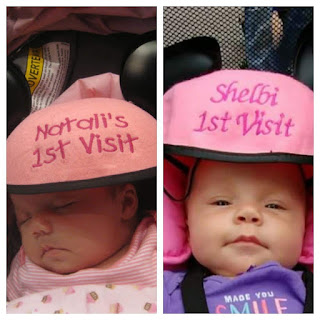 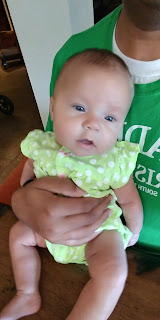