Though I may be safe for now...I can feel the flames.

As a pilot I am a planner...I plan for multiple scenarios while flying...and in daily life. Always have a backup plan.

Even since June I have been trying to fortify my savings. I have been socking away a rainy day fund for years. I currently have over a years pay at RJ FO level or about 4 months at my current pay level. At the same time I've been shedding bills and conserving more than I normally do.

Each month I have two 3 limits on how much I can earn. There's the FAA flying limit, the company credit limit and the union credit limit. The last two are credits.

It could get complicated quickly and I hate math so I will use round numbers. Each calendar day I get the greater of 5 hours OR whatever is flown whatever is greater. This is averaged over the trip. The real number is 5 hours 15 minutes...but I will stick with 5.

Now that 5 is a credit amount. If I fly a single 1 hour flight, overnight and 1 hour flight home...I get 10 hours pay even though I only flew 2 hours. The name of the game is to get paid more than I fly. I can't fly 130 hours a month..but I can credit that much.

Normal line trips don't typically have a lot of credit. My Anchorage trips last month were on paper a 4 day trip. Day 1 was a 2 PM flight to Anchorage  arriving same day. Day 2 was a red-eye at 8 PM local (Midnight my base time) arriving at 7 AM in Chicago. Each flight is about 7 hours. I was then supposed to head to a hotel (which it was now day 3) and dead head home early in the morning on Day 4.

Each flight was 7 hours (round numbers). So a total of 14 hours. The trip was 4 calendar days. I get 20 hours pay (really 21 but again...round numbers). I am not required to go to the hotel since the last leg is a dead head. Each trip I would head to the next flight to Dallas, sleep, and drive home and relax....all while getting an extra 6 hours of pay.

When weather hits, planes run late or stuff just happens, the airline will substitute crews and aircraft if they are able. Normally this is for reserves. At my airline line holders can list themselves to be called for open flights as they are created. It's called a "make up" list. Depending on how long before the flight leaves scheduling will call the most senior pilot on the list and offer them the flight. They keep going until they get a yes OR it gets too close to departure and they call a reserve.

These make up flights can be a turn, overnight or full multi-day trip. My favorite are the 1 hour to the hotel and dead head home the next day. Nothing like 1 hour of work for 10 hours of pay. My next favorite are a turn with the last leg being a dead head. I get full pay for fly as a passenger.

Through June, July and August I played the game of maximizing credit and minimizing flight time. I credited right at 100 hours for June and July and 94 hours in August. I had a week off with family in August...otherwise I could have exceeded 100 easily.

This month something interesting happened. I was supposed to return to Bogota, Colombia for the first time since February. I had two 3 day trips. One leg down and one leg back. Twelve hours of flight for 15 hours pay.

Covid-19 is still a big issue down there and the aviation authorities cancelled inbound flights. Once they were cancelled the credit was removed from my tally. I still get paid for those flights as long as I don't touch the days they were supposed to operate AND I accept any reassignment they give me.

This is where the monthly max credit from the company comes in. This month it's 88 hours. I was at 84 hours before the flights cancelled. Take the 30 hours (2 trips) from 88 and it drops to 58. I can now pick up makeup flying or any trips I want and get more than 88 hours. So far I added a LAX turn (one leg there and dead head back same day) and two MIA turns (dead head there and fly back). That's a total of 18 hours. So I'm sitting at least 102 hours of pay and will fly at most 50 hours.

This is also my training month. Lot's of moving parts.

I am thankful for my job and my ability to be working right now. I realize I have a rare career which allows me to earn a lot of money quickly. My current pay rate is right above $161 an hour. Even my basic math at play shows me making over $16,000 this month alone. Most of it will be thrown onto the rainy day pile. Hoping I never need it....but this is one case where it's okay to be a hoarder.

A few photos from recent trips....had a nice 22 hour layover in Cancun and of course my Anchorage flights. 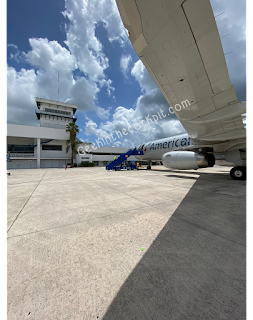 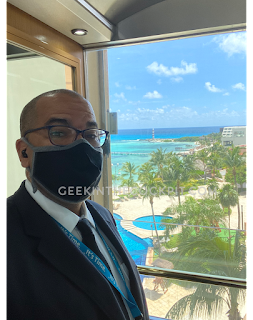 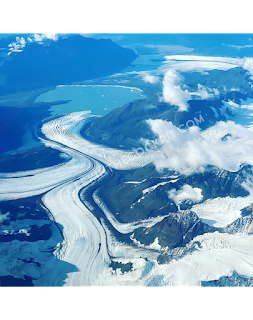